For nearly two centuries, Salem Avenue has served as a major gateway connecting people in the northwest regions of the Dayton area to the City of Dayton, Downtown Dayton, and beyond.  For much of the twentieth century, the areas along Salem Avenue were home to many of the wealthy residents of the Miami Valley.  Beautiful neighborhoods were filled with grand homes and graceful, tree-lined streets, and this was THE place to live.

Over the past thirty years, however, changes occurred in demographic, economic and social conditions along the corridor.  These changes, which occurred throughout the Miami Valley, contributed to the loss of businesses and residents along the corridor. Following national trends, many wealthy families invested in and moved to outlying Dayton suburbs.  At the same time, the population in the northwest neighborhoods of the City became more diverse.

As people migrated to the suburbs, disinvestment occurred along the Corridor, and vacant houses and businesses appeared.  The once-dynamic commercial corridor between Riverview Avenue and North Avenue no longer provides goods and services to satisfy local demand.  Conversely, a lower population, and competition from shopping malls in outlying communities, reduced the support for businesses along the corridor.

Housing prices in area neighborhoods declined as vacancy rates grew. Some of the housing stock deteriorated. Consumer preferences for housing have changed, challenging the area neighborhoods to attract new homeowners and investment as needed to thrive.  And yet, despite the problems experienced, there is great reason for optimism.   See the tab titled 'A Bright Future.' 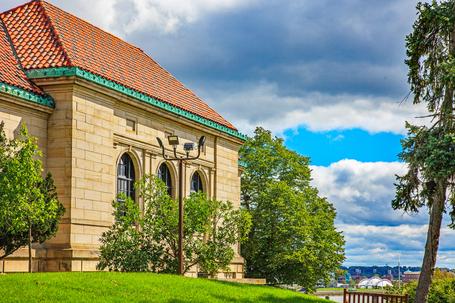 History of the Peace Corridor

Inception of the Peace Corridor Initiative

Salem Avenue drew its name from a small town named Salem, now part of Clayton, OH, then located near the intersection of Rt. 49 and Westbrook Rd.

•  The town was platted in 1816 by John Leatherman; by 1865, Salem was noted for its extensive trade with area businesses.

•  In 1847, the trade route between Dayton and Salem was named Salem Pike, and later Salem Avenue.

The name Salem comes from the Hebrew word shalom, which is often used to mean 'peace.'

In 2009, in tribute to the peace theme associated with the name 'Salem,' the Salem Avenue Business Association led the re-branding of Salem Avenue as the Peace Corridor.  The branding supported Dayton's designation by the International Cities of Peace as a City of Peace.  This recognized Dayton's works of peace, including Dayton's international role in the 1995 Dayton Peace Accords that ended fighting in the Balkan countries. 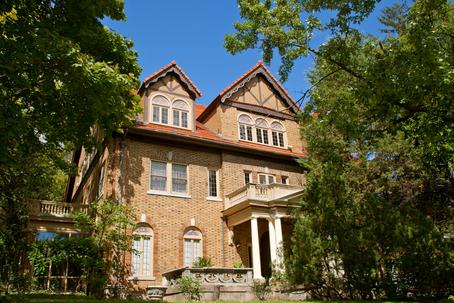 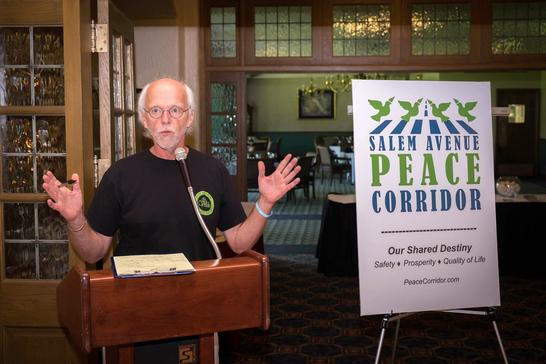