Building on the Legacy of Peace

The Peace Corridor initiative was honored by the City of Dayton, because of our work and our proximity to the Dayton International Peace Museum:

-- In 2011, the City renamed the Salem Avenue Bridge as the Ambassador Richard C. Holbrooke Memorial Bridge.

-- This action honors the legacy of Ambassador Richard C. Holbrooke, who led international negotiations at Wright-Patterson AFB in Dayton which forged the 1995 Dayton Peace Accords and ended fighting in the Balkan countries.

Building On Our Assets

Amy Kollar Anderson poses with her painting, "Marketplace of the Mind," commissioned for the new Northwest Library in Dayton.

-- We welcome your feedback.

The following plans guide the actions of the Salem Avenue Peace Corridor, LLC

Plaques at the plaza honor Ambassador Holbrooke and the Dayton Peace Accords that formed a lasting peace among the Balkan countries.

-- The inspiring work of Richard C. Holbrooke has made the name Dayton synonymous worldwide with peace.

The Future is Bright

How fitting that the Peace Corridor includes the bridge which commemorates the legacy of peace of Ambassador Richard C. Holbrooke!

A host of institutions also serve as anchors for the Peace Corridor. 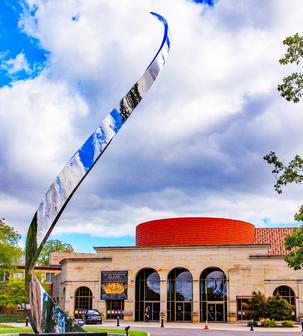 -- We welcome your feedback.

​The Area is Even Safer

Area safety has improved in a quiet and impressive way for nearly 2 decades.

- In a small way, SAPC helped with Project Identity with the Dayton Police Department, and funded in part by a City Mini Grant in 2014.  UV markers and stickers were distributed to businesses and neighborhood associations in the area, allowing valuables to be marked for easier recovery in the unlikely event of theft.

-- In 2015, the City dedicated a new plaza at the southwest corner of the Ambassador Richard C. Holbrooke Memorial Bridge.  The dedication ceremony included representatives from Bosnia-Herzegovina and other countries in the former Yugoslavia.

The Future is Bright

Past and current revitalization initiatives also build on the importance and potential of the corridor.  Public and private initiatives include:

-- Two Rehabaramas (1999 and 2001) that rehabilitated housing in Historic Dayton View.

-- The North River Vision Plan, created in 2003, was created to guide revitalization of the Corridor from Riverview to Catalpa. Private businesses have invested and expanded in the area.

Together, these initiatives represent millions of dollars of public and private investment along the Peace Corridor. 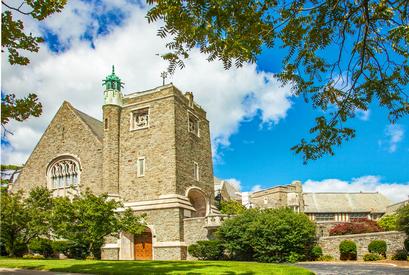 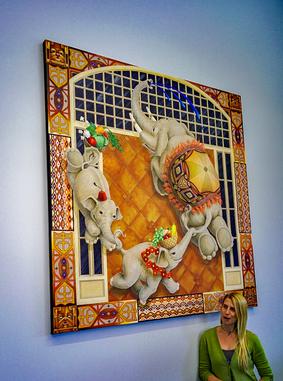 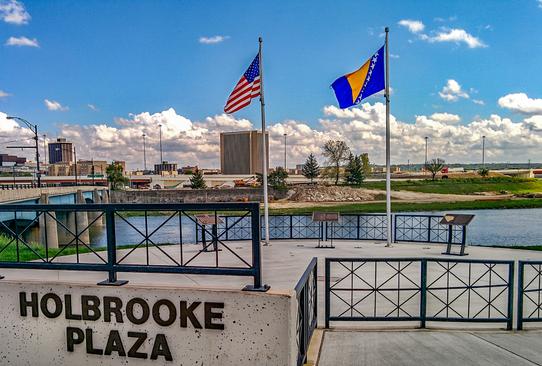 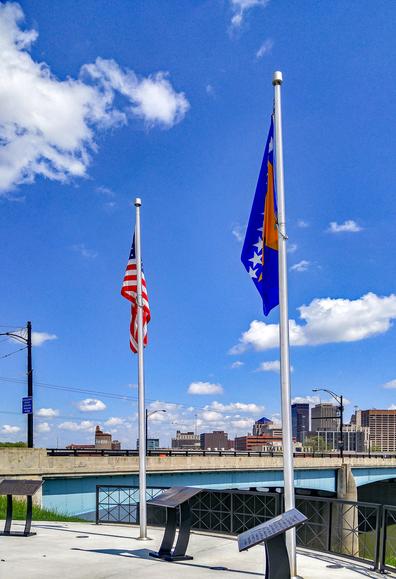 Numbers reported below reflect 2016 income data.  These ten City Planning Districts cover nearly all of the Salem Avenue Peace Corridor area.  Median incomes in seven of the ten districts exceed the City’s median, and only one has a median income significantly lower than the City median.  Maps are found at: http://www.city-data.com/nbmaps/neigh-Dayton-Ohio.html